Baby Snakes on a Tree 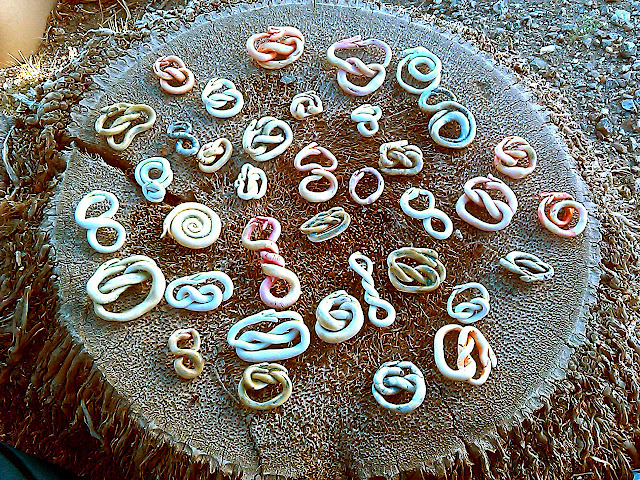 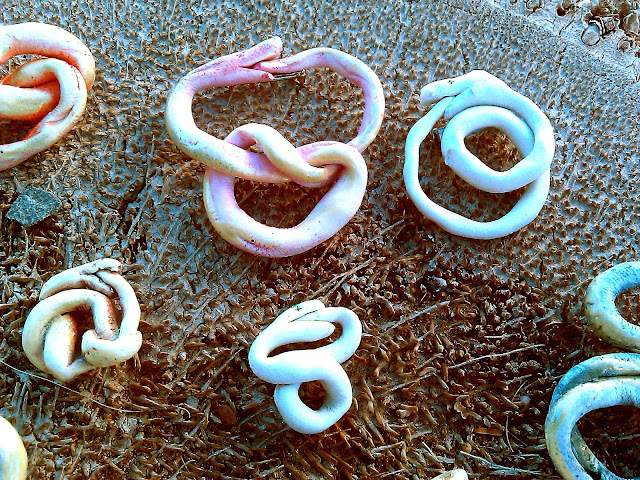 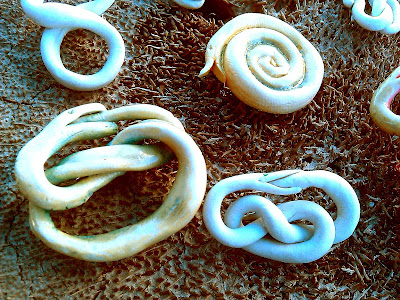 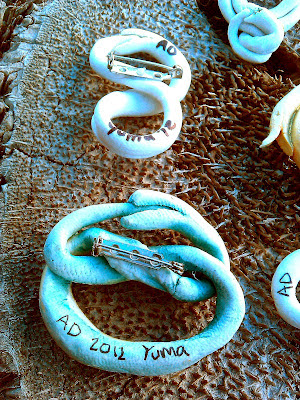 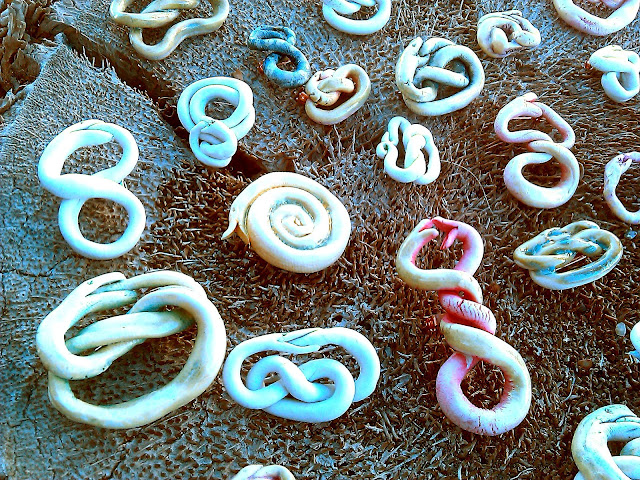 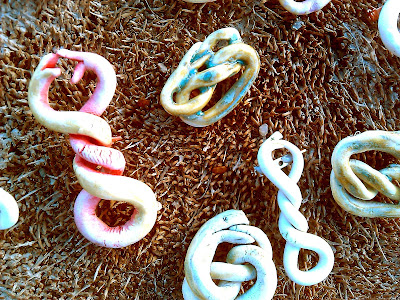 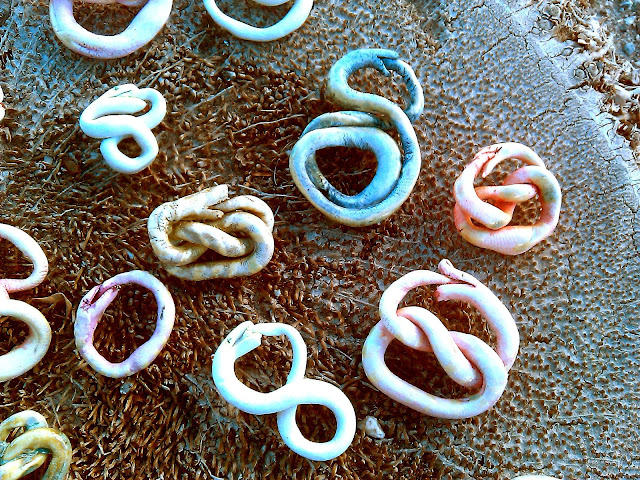 Don't worry, baby snake fans, I'll get to making some for people to enjoy East of the Mississippi. Until then, you'll just have to put up with these washed out photos.
Posted by Andy Denton No comments:
Email ThisBlogThis!Share to TwitterShare to FacebookShare to Pinterest

In just a few days I will be flying allllll the way to Yuma Arizona for the annual Yuma Art Symposium. An artist event that many of my friends in the metalsmithing genre of dorkdom have been urging me to go to for a few years. I decided to go this year, despite being as poor as I've probably ever been in my adult life, because I'm told it is a great few days. Arizona will have awe-inspiring desert terrain, the tacos of tongue will be authentico, and you never know where you'll meet someone with a job opening in their private liberal arts college.
I will be tweeting from the event with the hashtag #yumasymposium, until someone tells me otherwise. If you don't do the twitter thang you can follow my feed to the right ---------------------------------------------------------------->.
Part of the fun of these craft-oriented art symposiums is the exchange of wearable baubles. These pins are swapped at a event called a pin swap. I've never participated in one before, because I generally don't wear much flare or make it. However, I decided to indulge and I'm making these little guys below.
I made the first one while I was chatting with Amante's sculpture class and before I knew it there was a snake swallowing its tail in my hand!

An iconic and ancient symbol for eternity, infinity, and rebirth. The Ouroboros is truly a multi-cultural phenomenon that snakes its way through the ancient worlds of Egypt, India, Mesoamerica, and Greece. Carl Jung has described it as an archetypal part of the human experience. Here's a link to Wikipedia if you'd like a little light reading about it. Its even used to describe the kundalini energy that lies at the base of the spine in Hindu tradition, an idea I had been working with in my thesis. Perhaps I will do more research about it later.


Autumn Brown, my studio mate and girlfriend, has been using porcelain in her jewelry work for many years and invited me to partake of its simple beauty. I immediately jumped right into making as many little baby snakes as I could and twisting them up, much like how I make fancy knotted rolls. Some of them we fired all the way to cone 10 and will have a little green enamel in the eyes. The eyes were made with a small phillips head, so the snakes look cartoon dead. The other 20 or so were bisque-fired and I will decorate with glaze. Hopefully they will not look too lame.

So far, though, I'm really happy about how they are looking. Each one is different and make me laugh. I will have to make more of these babies when I get back.

Stay tuned for updates on these pins with some better photos and the Yuma Symposium.
Posted by Andy Denton 1 comment:
Email ThisBlogThis!Share to TwitterShare to FacebookShare to Pinterest
Newer Posts Older Posts Home
Subscribe to: Posts (Atom)